1/18 Scale Meets 1/64 Scale in the Latest Collaboration Between American Muscle and Johnny Lightning!

What could be better than one AMC AMX model? Two AMC AMX models of course! This new matched pair of models has just arrived from American Muscle and Johnny Lightning.

Both the 1/18 and the 1/64 scale cars feature free-rolling wheels, opening hoods, and aggressive blue and red color schemes.
If you open the door on the 1/18 scale car, you will see the highly detailed interior. 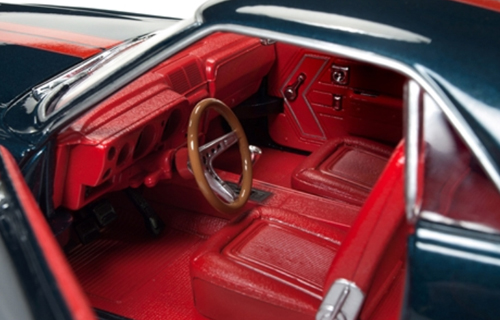 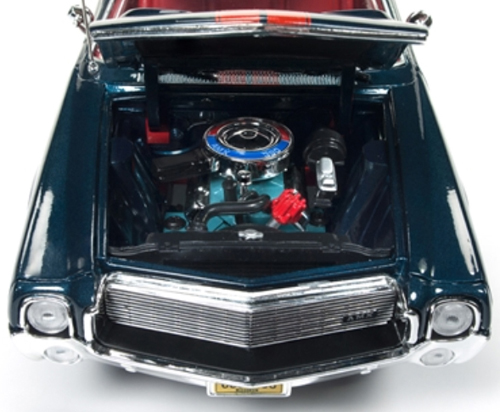 This unique two pack of muscle car history is in stock and ready to ship. So, visit us at 3000toys.com and order today!
Posted by Unknown at 9:00 AM No comments:

Johnny Lightning Just Rolled Out the NEW Truck & Trailer Releases 1A and 1B!

Johnny Lightning's first release of the Truck & Trailer Series features a total of six different 1/64 scale combinations of unique pickup trucks with matching trailers split between sets 1A & 1B! Each set has three different make/models of trucks that are the same for both 1A & 1B, but each truck has two color and graphic options. We have both sets of three and cases with two sets each available to order:
Set 1A includes the following:
• 1996 Dodge Ram in Burgundy & Silver with Open Trailer in Black
• 2004 Ford F-250 in Army Green with Open Trailer in Army Green
• 2002 Chevy Truck in Gloss White with Camper in Gloss White
Set 1B includes the following:
• 1996 Dodge Ram in White & Silver with Open Trailer in Chrome & Black
• 2004 Ford F-250 in Red with Open Trailer in Red & Black
• 2002 Chevy Truck in Gunmetal Metallic with Camper in Gunmetal

The non-returnable, factory-sealed cases allow you to hunt for the White Lightnings that are inserted in cases at random!
Visit us at 3000toys.com to place your orders for Johnny Lightning 1/64 scale Truck & Trailers Release 1A & 1B!
Posted by Toy Master at 9:30 AM No comments:

Our February Sale only has a few days left! Save up to 85% on over 700 items before time runs out!

Go to 3000toys.com to see all of the incredible items in our February Sale!

Corgi has just rolled out a fresh Messerschmitt BF 109E-4 for your WWII aviation collection. This was the plane in which famous pilot, Hans-Joachim Marseille, the Star of Africa, achieved his first aerial victory.

The model features a rotating propeller and a detailed pilot figure at the stick.
The landing gear is functional so that you can pose it in the air or on the runway. 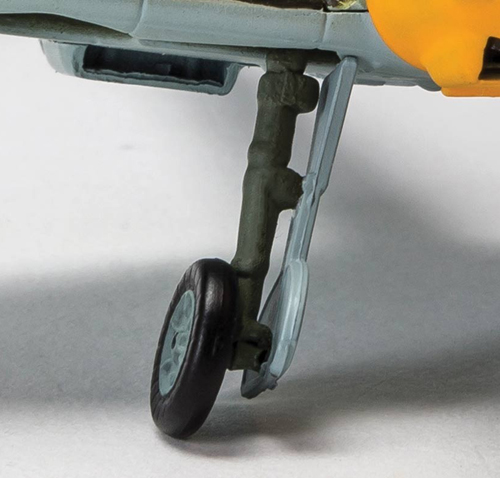 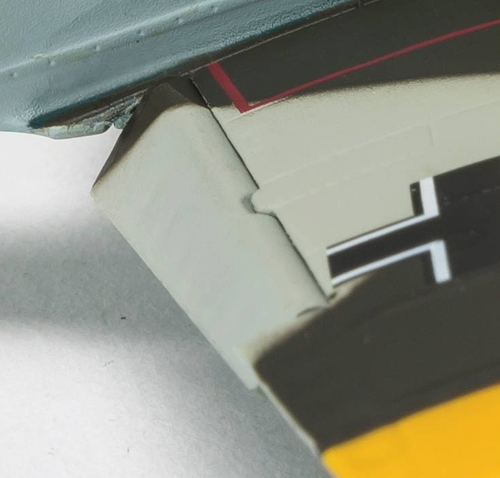 We have this and over 350 other aircraft models in stock and ready to ship. So, visit us at 3000toys.com and order today!
Posted by Unknown at 9:00 AM No comments:

Need NEW 1/87 scale items for your diorama or collection? We just got in some fun plastic model kits from Kibri that will be great for HO lovers!

We have cranes, logging tractors, spraying trucks, and even fuel refinery storage tanks.

With extendable arms and other moveable parts, these replicas will help bring a little more realism to train layouts and more!

Visit us at 3000toys.com to see all the great 1/87 scale models from Kibri and to place your orders today!
Posted by Toy Master at 9:30 AM No comments: Orange and black are back with the latest arrival from Universal Hobbies! They've done a great job recreating the Kubota M7-171. Take a look! 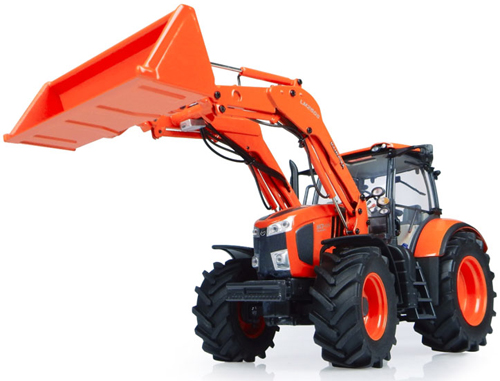 This model also has detailed headlights and rubber tires with realistic tread. 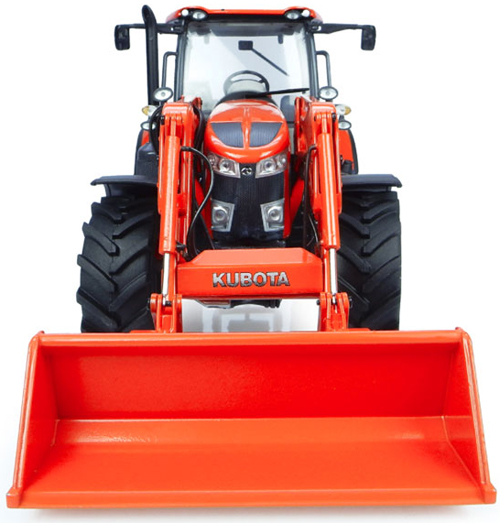 A 3-point hitch makes this tractor a great pairing for your favorite 1/32 scale implements! 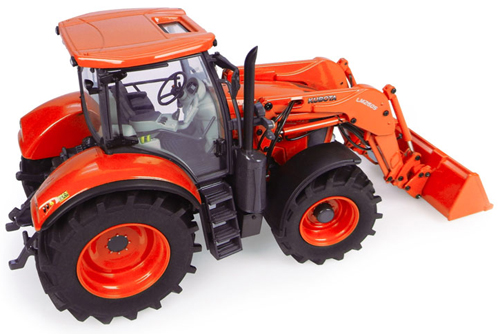 We have this Kubota replica in stock and ready to ship. So, visit us at 3000toys.com and order today!
Posted by Unknown at 9:00 AM No comments:

M2Machines has just brought us Release 29 of the Auto-Haulers Series! It features a set of three semi and car combos that are designed to work together with their complementary color schemes. Each car fits perfectly inside the auto-hauler trailers. They seem as though they could truly roll out and race off with the sleek detail in each of these 1/64 scale replicas!

Go to 3000toys.com today to see all of the fun 1/64 scale models that we have from M2Machines and to place your orders for Auto-Haulers Release 29!
Posted by Toy Master at 9:30 AM No comments:

The medium-sized 14M3 motor grader from CAT offers a great balance of power and maneuverability. This and many more Diecast Masters replicas will be arriving next month, so get your pre-orders in today at 3000toys.com!
Posted by daniel.3000toys at 1:23 PM No comments:

The latest arrival from First Gear is a NEW Mack cement mixer in 1/34 scale! Take a look!

This Mack Granite truck bears the Horsefield Construction, Inc. (HCI) livery. If you look inside the cab, you will see a highly accurate dash and other details. 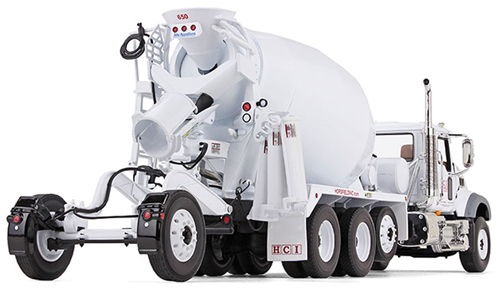 Open the hood and you will be impressed by the detail put into modeling the engine. 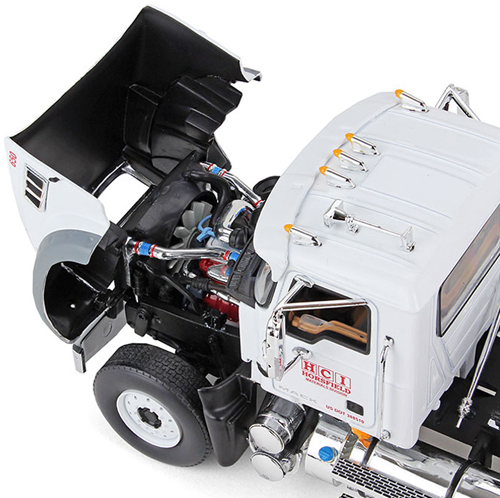 A cement mixer is a great addition to any construction equipment collection, and this one is perfect for your 1/34 scale collection. It's in stock and ready to ship. So, visit us at 3000toys.com and order yours today!
Posted by Unknown at 9:00 AM No comments:

We are excited to share two new Leonhard Weiss - Hamm H7i Compactors that just arrived from NZG! These 1/50 scale replicas feature bright yellow paint jobs and diecast metal construction.
The compactor above features a pad foot, which is great for materials such as clay. While the one below has a smooth roller drum, which works better on materials like sand or gravel.
Both of these models have moveable wheels and pivoting rollers that will help you get the job done. Get your 1/50 scale NZG replicas at 3000toys.com today!

The half-track arrangement for the TEA-20 was first devised in 1956 for the Commonwealth Antarctic Expedition; this tractor helped achieve the first overland crossing of Antarctica via the South Pole.

Below you can see the modifications that were made to enable the tractor to operate effectively in ice and snow:
Features of this model include:
This 1/16 scale tractor is coming this month from Universal Hobbies, so get your pre-orders in today at 3000toys.com!
Posted by daniel.3000toys at 10:07 AM No comments:

Our Winter Sale is going on now through Monday, February 5th!

Be sure to check out the GreenLight selection that includes items on sale for the first time and even a few of the highly sought-after Green Machines!

See all of the great deals in our Winter Sale at 3000toys.com, and place your orders today!