NEW from American Muscle is this 1/18 Scale 1968 Pontiac GTO Hardtop!

Pontiac marketing was some of the most clever in the business. By incorporating the well-known Detroit area street scene into this famous ad, they created a hidden message of two young men waiting for a drag race. 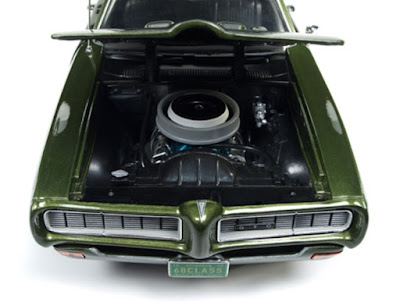 Prior to the official launch of their new 1968, Pontiac snuck a Verdoro Green GTO into the famous Royal Pontiac (a dealership that was well known by performance enthusiasts) to get it Bobcat performance tuned; Bobcat tuning was Royal’s standard package of performance upgrades. These upgrades were made ahead of a Key Magazine road test. It ran a consistent 12-second quarter mile. 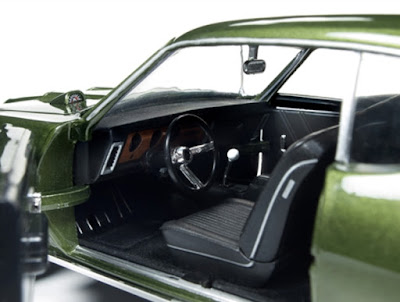 After the test, Pontiac took the green GTO to the Chicago Auto Show. Decked in Redline tires and Ralleye II wheels, this appealed to Pontiac fans while nodding to the younger, performance-minded customer.

Capture a replica of this famous GTO for your collection at 3000toys.com TODAY!
Posted by Toy Master at 1:28 PM