Coming later this year from NZG is a brand new Liebherr LRB 18 Piling and Drilling Rig in 1/50 scale!

Liebherr’s LRB 18 is so called due to its sledge-travel distance of 18 meters, the distance vertically that the sledge travels to ‘sledgehammer’ the earth below to dig the trench.
A fantastic and unique addition to a 1/50 scale construction site diorama or layout, the Liebherr LRB 18 is most frequently used for foundation work and would look right at home alongside NZG’s slurry wall building machines.

(A slurry wall is a civil engineering technique used to build reinforced concrete walls in areas of soft earth close to open water, or with a high groundwater table. This technique is typically used to build diaphragm [water-blocking] walls surrounding tunnels and open cuts, and to lay foundations.) 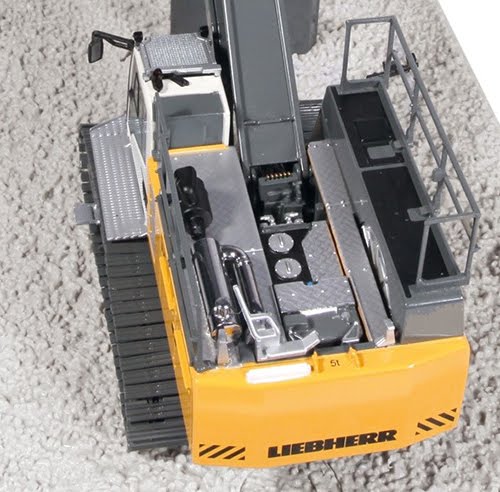 This 1/50 scale replica also makes a great transport load with the mast collapsed!

Head over to 3000toys.com today to pre-order this NZG model, and check out tons of other in-stock and upcoming releases across dozens of brands!
Posted by daniel.3000toys at 8:40 AM