We have a new Corgi item that has just arrived here at 3000toys.com. Its a Messerschmitt BF109G-6 "Red 1" MAJ. Hermann Graf, Gruppenkommandeur, JG 50, Wiesbaden-Erbenheim in 1/32 scale. This will be a great addition to your aviation collection. Military enthusiasts will appreciate the history behind this World War II German fighter plane. 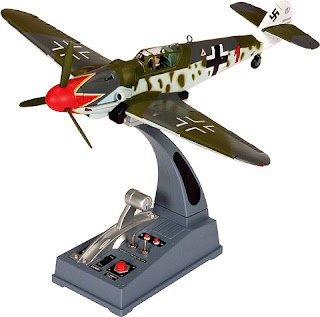