Volkswagen's 76th Birthday: Then and Now

Volkswagen was founded and began construction of their factory 76 years ago today in their headquarters city of Wolfsburg, Germany.  Happy birthday, Volkswagen!

To commemorate this history of this beloved automobile manufacturer, we wanted to take a look back at how the Beetle has changed over the years. 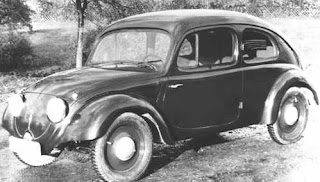 This first picture shows one of the first VW prototypes called Series 30, from the production of thirty prototypes in 1938. 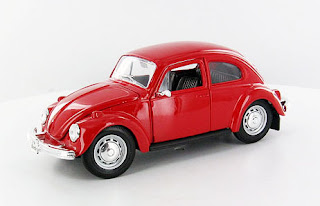 This next one is a 1960s era VW Beetle.  Notice some the changes made, such as the lowered bumpers and the further set headlights, just to name a few.

This model is a Special Edition with a diecast metal body and plastic details, opening doors and hood (with a spare tire stashed in there), and a detailed chassis. 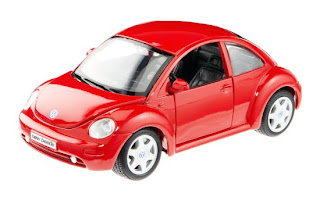 And that brings us up to the end of the Beetle's production in 2003, when it walked away with the honor of being the car with the longest production history.  There certainly had been some very dramatic changes in the past fifty years!

This model is a Special Edition with a diecast metal body and plastic details, opening doors and hood, and a detailed chassis.


While we're looking back at Volkswagen classics, check out these 1962 Volkswagen Minibuses decked out in Coca-Cola graphics. 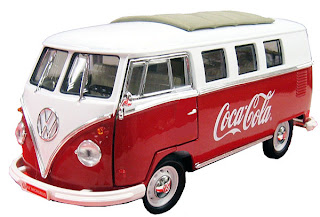 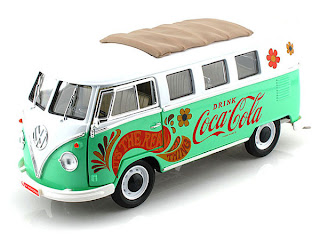