By many, the 1957 Chrysler 300C is considered the classic of the 300 series.  The new model brought many new upgrades and features with it, and it was launched as "America's highest-performing automobile."  This was also the first year that a 300 series car was made available as a convertible.  Out of the only 2,402 300C's produced, 484 of them were convertibles.

Recently, American Muscle produced their replica of this legendary car, and it's available from us now! 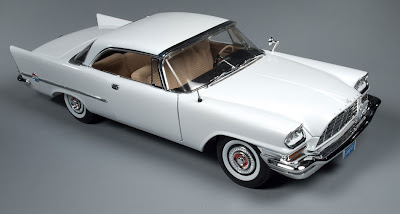 From the Authentics Series, this model offers the ultimate in detail and will satisfy the wants of even our most demanding collectors. 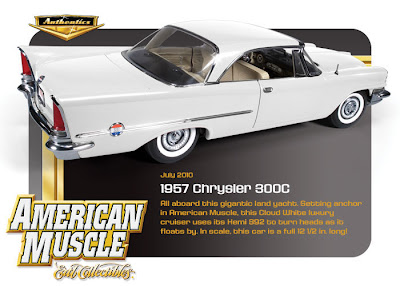