It's officially fall, and that puts me in a special mood. So, I thought I'd do something special for you, our readers. We've been working on several projects this week, hence the short absence from Blogger. Here is the first installment in this weekend edition:

The following from Hobby Master will arrive sometime in the next week:

The 309th TFS “Dusty Ducks” were based at Tuy Hoa AB, South Vietnam from December 6, 1966 until September 8, 1970. The 31st TFW commanded five F-100 squadrons and was the most important F-100 wing in South Vietnam flying interdiction strikes, reconnaissance, rescue combat patrol and attacked enemy anti-aircraft locations. The 31st TFW squadrons took part in the Tet Offensive, the Siege of Khe Sanh and the extraction of troops from Kham Duc. The 31st reached 100,000 combat sortie milestone in September 1969. 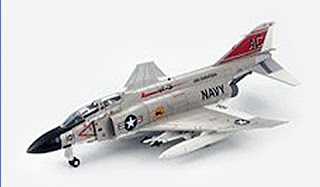 Germany decided to create a new range of standardized chassis for their vehicles. In 1935 Auto Union/Horch Chassis I was produced for heavy passenger cars. The chassis allowed for either rear mounted or front mounted engines depending on the job. The original chassis that had front and rear wheel steering was designated 1A. From 1939–40 a four-wheel drive variant was available and designated 1B. The Horch served throughout WWII on every front as a passenger car, a communications car, an ammo vehicle, an anti-aircraft gun plus more.

All are available for pre-order now at 3000toys.com!
Posted by Maleia - Senior Product Manager at 5:00 PM