Show jumping originated from hunting, when British Parliament passed the Enclosure Acts of the 1700's requiring private and common lands to be fenced off from each other.  Riders had to jump fences to pursue their game or to get to their destinations.

Since then, show jumping has been enjoyed by all ages, rider and spectator alike.  Show Jumping has many levels of ability, whether for enjoyment or for competition.  It is a sport that reaches millions of people through television and media, especially during the Olympics. 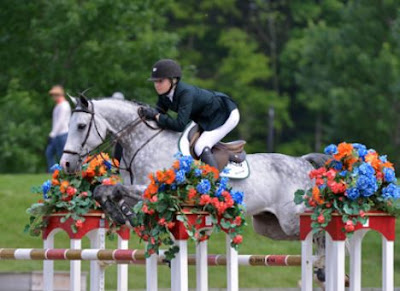 Many riders start at an early age to become accomplished jumpers.  The website, www.worldofshowjumping.com, just featured a young lady, Lillie Keenan, and her horse, "Pumped Up Kicks", as the winner of the Purina Animal Nutrition Grand Prix.  At only 15, what a great accomplishment!  Great Job!!!

Even if you're only a spectator but want to enjoy the sport, you can go to agame.com and jump your own obstacles.  You don't have to be skilled on a horse, just with your computer keys.

However, if you have little ones in your life that you want to get familiar with show jumping, what better way to do that than to let them play with Bruder's Bworld Series to make them feel part of the show. 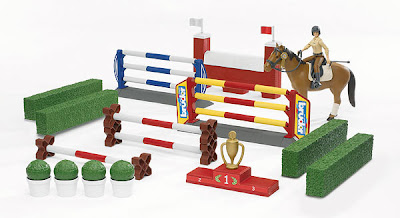 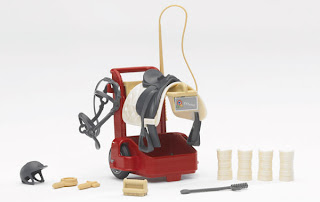 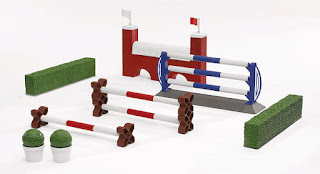