We look forward to the Texaco trucks every year, and this year marks the Texaco Trucks Series' 30th birthday!

The Dodge WC truck was originally designed for military use and was produced throughout World War II.  When the war ended, Dodge continued to produce the WC for a couple more years, through 1947.

Round 2 now brings you the 1947 Dodge WC done as a Texaco tanker - available both in the regular red edition and the special brushed metal edition!  These each come with a Certificate of Authenticity.  Some other great features include...
• Custom Texaco graphics
• Diecast metal body
• Vinyl tires on metal wheels
• Locking coin bank with key

We're taking pre-orders now!  Click on either of the images below for more information on our website. 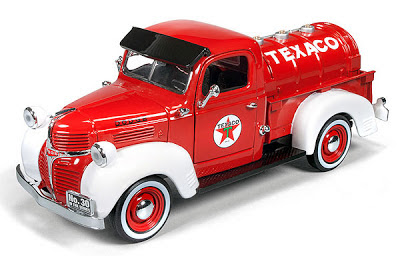 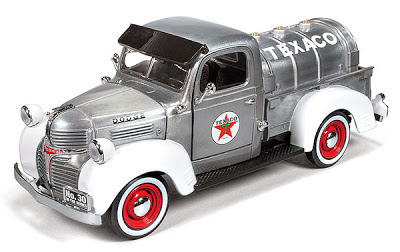 
Also coming this fall is the Texaco 1948 American LaFrance fire truck.  This model is #4 in a series of 6 and comes with a Dalmatian figure. Along with the Certificate of Authenticity, it also has these features: 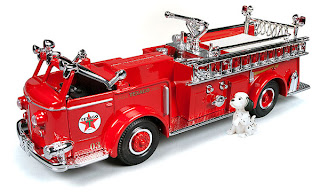 
To see more Texaco models on our site, click here!