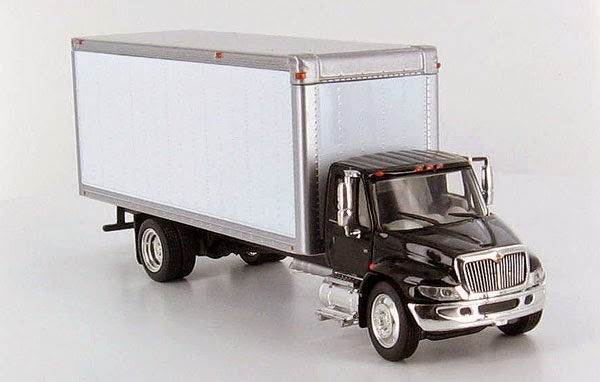 Thoughtfully designed and diecast in metal to 1:53 scale, Tonkin's International 4300 Box Truck replica (#13-I011) is both a showroom-quality collectible and a technically accurate box truck.

This truck is ideal to customize with your own graphics... great for business logos, or even just a memorabilia.  How would you customize yours?

Visit our website for more information and to place your order, while supplies last!

Posted by Unknown at 8:00 AM No comments: 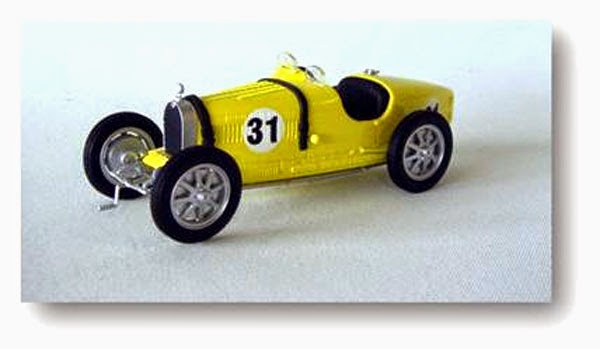 Eligor just announced the New Bugatti 35B (#101565) expected to arrive in September/October. 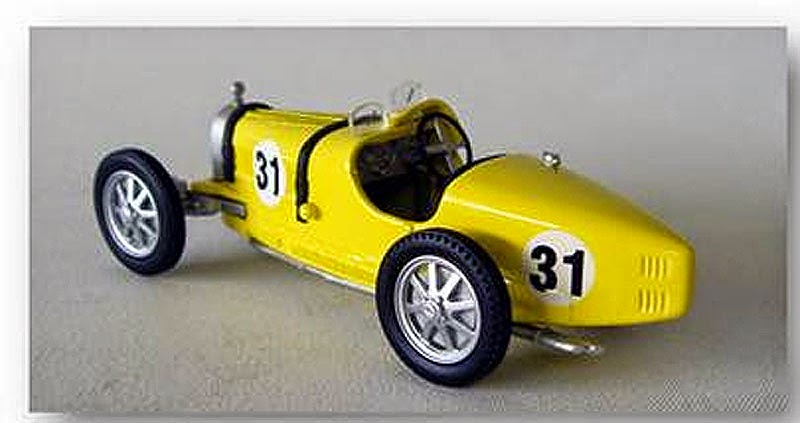 It has been nicely replicated in 1/43 scale and has several exciting features and details including:

Bugatti ... just the name evokes a feeling of excitement in motor sports enthusiasts!

A little history...  the "legendary" Bugatti Type 35 racing models were designed by Ettore and Jean Bugatti between 1924 and 1931. These cars immediately began dominating the racing industry, with over 2,000 racing victories (a record unmatched to this day)! Designed in the Bugatti workshops in the town of Molsheim in Alsace-Dorlisheim region of France, they were equipped with some of the original V8 engine prototypes, and many variations and changes were made with each new model (Type 35A, B, C & D! Then the Type 37, 39, 51, etc...).

One of the crowning achievements for the Type 35 came during the Grand Prix of Lyon in 1924, which was the first time that Bugatti was permitted to enter this race against cars from Italian manufacturers like Alfa Romeo and Maserati and German manufacturers like Mercedes and Auto Union.

The incredible history of this car is what has made it popular with all sorts of collectors. This particular yellow version is a representation of the rich colors of the racing cars of the past (a fact which is often overlooked, as the old black and white photos were unable to capture their vivid colors). In the end, the beauty of this model’s paint scheme, as well as its elegant design, is sure to make it stand out in any collection.

Visit our website to view Eligor's Bugatti 35B and place your pre-order today!

Posted by Unknown at 8:00 AM No comments:

Email ThisBlogThis!Share to TwitterShare to FacebookShare to Pinterest
Labels: 1/43, 35B, Bugatti, eligor, racing 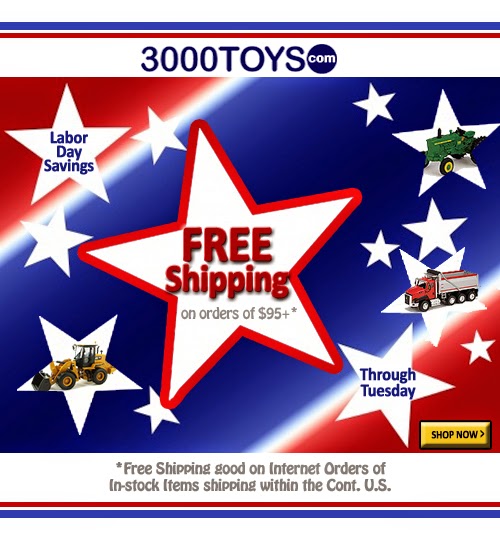 Now through Tuesday, help us celebrate Labor Day by receiving FREE shipping on $95+ Internet Orders of In-stock Items shipping within the Continental U.S.!

Visit our website today to take advantage of these great Labor Day Savings!

Posted by Unknown at 9:03 AM No comments:

Only One Day Left... August Sale

Don't wait any longer...
Only ONE day left of our August SALE!

Save up to 70% off on select items from manufacturers like Maisto, Tonkin Replicas, and Universal Hobbies...to name only a few!

Visit our website to view all of our Sale items and place your order, while supplies last!

Posted by Unknown at 3:17 PM No comments: 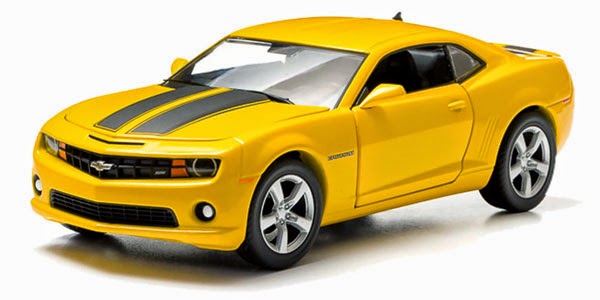 GreenLight has done a terrific job replicating the 2011 Chevrolet Camaro SS (#18219) in 1/24 scale with several exciting details and features including: 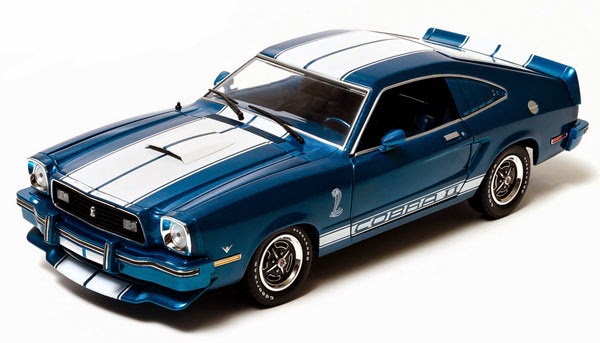 Both of these models feature:

Visit our website to view these and other exciting GreenLight recent arrivals.  Place your order today, while supplies last! 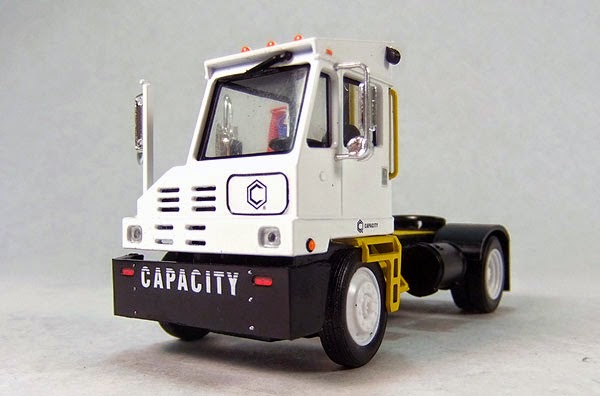 
Visit our website to place your pre-order today on this unique Tonkin truck!  While you're there, also check out our Tonkin Newly Announced 1/53 trucks!

Dig into these Great Summer Savings with our August Sale 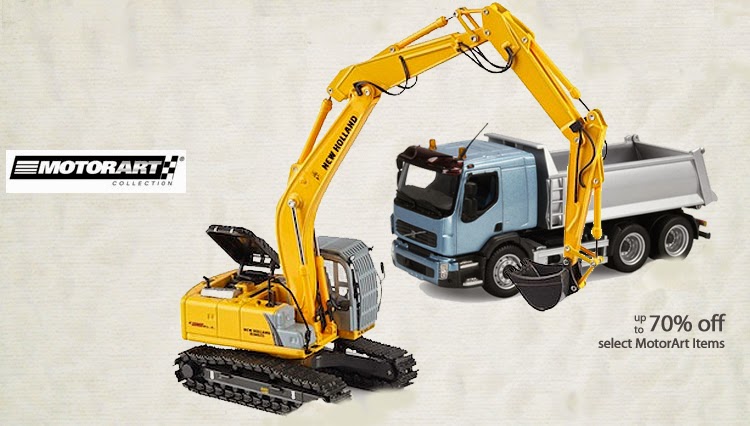 Save up to 70% off on select items from manufacturers like MotorArt, Tonkin Replicas, and Universal Hobbies.

Visit our website to view all of our Sale items and place your order, while supplies last!

Posted by Unknown at 9:02 AM No comments:

Now through Friday, August 29th,
SAVE up to 70% off on select items with our August Sale!

Take advantage of great Savings from manufacturers like AMT, First Gear, and Maisto...to name only a few!

Visit our webite to view all of these deals and place your order, while supplies last! 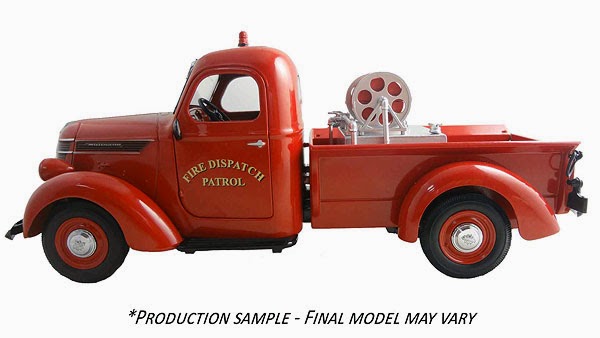 The Fire Dispatch Patrol - 1938 International D-2 Pickup with Brush Fire Body (#40-0338) is replicated in 1/25 scale and expected to arrive in November/December. It is constructed of diecast metal with only a few plastic parts, and its features include: 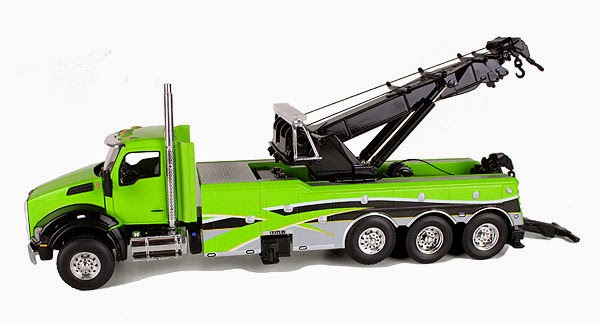 Expected to arrive this Fall (Oct/Nov) is the Kenworth T880 with Century Rotator Wrecker in Lime Green and Black(#50-3314). It is replicated in 1/50 scale and constructed of diecast metal with only a few plastic parts. Its features include:

Replicated in 1/64 scale, the Mack R Model with Tri-Axle Lowboy Trailer (#60-0270) in Black, Yellow, Orange, and Red has several great details and is expected to arrive late this month or early next month. It includes the following features:


Check out our full line of First Gear replicas on our website and place your order today.

Posted by Unknown at 3:55 PM No comments:

Visit our website to view all of the recently announced Ertl models and place your pre-order today.