GreenLight Collectibles is excited to announce its newest licensing partnership with Studiocanal who is represented by Creative Licensing Corporation for the property “The Terminator.” 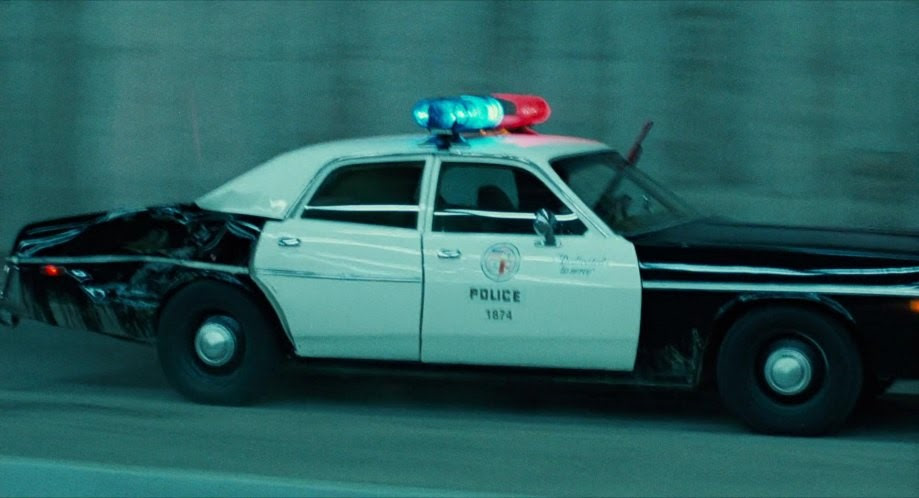 GreenLight has a few items in the product line-up for The Terminator including:

Read the full press release from GreenLight HERE.
Posted by daniel.3000toys at 11:10 AM No comments:

Over 30 NEW Corgi Items Coming in Over the Next Few Months!

New releases will be flying out of Corgi at a breakneck pace for the next few months! We are excited to highlight a few of them from many different eras of military aircraft!

Let's start with one of the quintessential WWI planes. The Sopwith Camel is credited with shooting down over 1,200 enemy aircraft; more than any other allied aircraft in that conflict!
This 1/48 scale tribute to the Camel features free-rolling wheels, a rotating propeller, and detailed wing bracing.

Now, let's fast forward to WWII and take a look at this P51D Mustang. The Mustang was rolled out in 1940 and was in military service around the world until the early 1980's. It is believed that the P51 shot down nearly 5,000 enemy aircraft during WWII.
The P51 had four iterations: A, B, C, and D. This model is the P51D which boasted the Packard V-1650-7 engine and six .50 caliber Browning machine guns.

This next bird is another history maker. The Westland Wessex was the first mass-produced helicopter to use a turbine engine.
The Wessex was in service in Britain from 1961 to the early 2000's. This 1/72 scale replica features rotating props and detailed RAF markings.

Now let's move into the modern era of aerial combat. The Eurofighter Typhoon went into production in the early 1990's and is still being manufactured today.
The Typhoon features a titanium Canard fore-wing for advanced maneuvering. This Corgi replica boasts detailed munitions, accurate RAF markings, and nice cockpit details.

3000toys.com has a great variety of military aircraft models in stock. Plus, you can pre-order the planes you see here and many others coming soon from Corgi. So get your order in and keep your eye on the sky (or the delivery truck).
Posted by Unknown at 8:58 AM No comments:

Here are several items that are on sale for the first time or are at the lowest prices they have ever been: 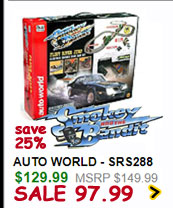 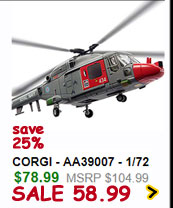 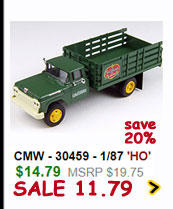 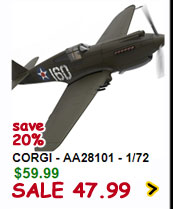 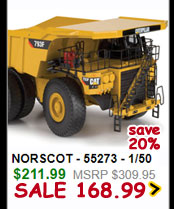 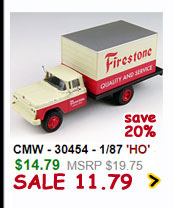 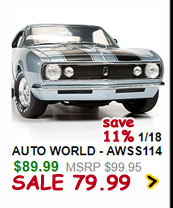 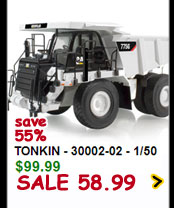 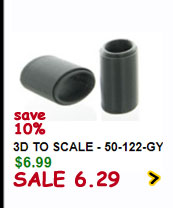 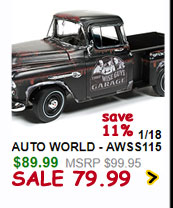 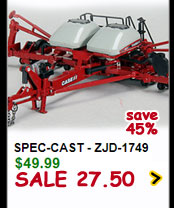 Visit us at 3000toys.com to see all of the great deals that are part of our MEGA Sale!

We just received several NEW MaxiTRANS Freighter Trailers in 1/50 scale from Drake Collectibles! Each of these Limited Edition replicas features beautiful detail, along with the ability to connect certain trailers and Kenworth Prime Movers in order to make a road train!

Here is a quick look at the Betts Bower Group livery version that is now available:

Put these models together along with your favorite Kenworth Prime Mover to form a road train and a very impressive display. See more of the new Drake trailers that just came in at 3000toys.com, and place your orders for these incredible models today!

American Muscle is Rolling Out a Classic 1971 Charger in 1/18 Scale!

The hood of this model opens to reveal the highly detailed 440 Magnum engine: 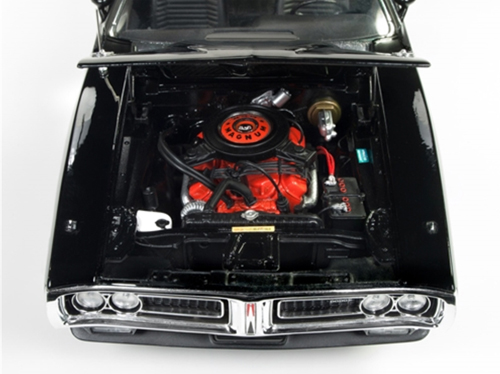 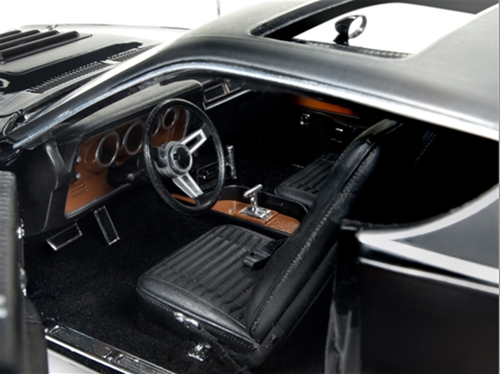 A spare Goodyear tire is stowed in the opening trunk. 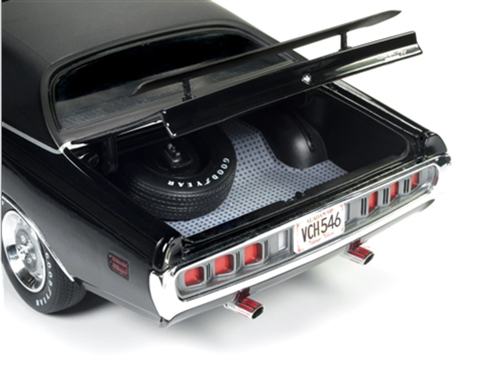 The sunroof can be removed as well. 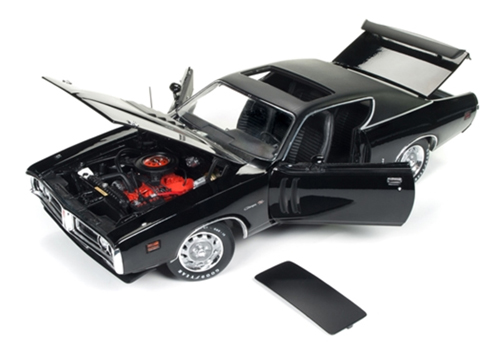 Need a new spraying solution for your 1/64 scale farm? We've got you covered with this Miller Nitro 6500 Sprayer from ERTL. Take a look!

This sprayer has free-rolling wheels with rubber tires.
The sprayer boom lowers and raises, and the boom arms unfold to an incredible length of almost 2 FEET!

We have these in stock, so visit us at 3000toys.com and order today! You’ll find a huge variety of 1/64 scale implements while you’re setting up your order!
Posted by Unknown at 10:38 AM No comments:

GreenLight just rolled out a NEW 1979 Family Truckster "Wagon Queen" with Rooftop Luggage in 1/18 scale! It is modeled after the iconic vehicle from the 1983 movie, National Lampoon's Vacation. This fun item is part of the Artisan Collection and will be a great addition to your collection! 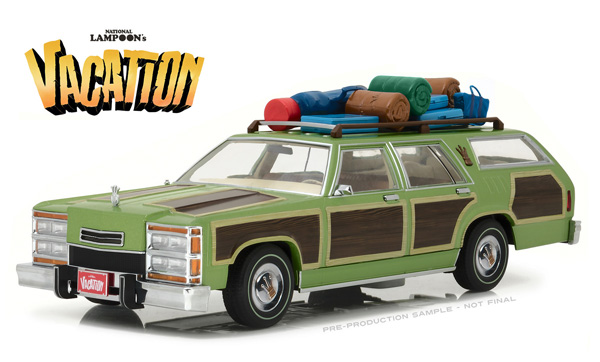 Coming this month from Die Cast Promotions is a new 1/64 scale Peterbilt 389 with a 36" flattop sleeper. This rig is hauling a Wilson spread-axle livestock trailer.
The cab is painted with the livery of Vetter Trucking, a haulage company based in South Dakota.
Features of this model include:
• Working suspension
• Interior detail
• Opening cab and trailer doors
• Rubber tires
• Heavy diecast metal construction
Visit us at 3000toys.com to place your pre-order and browse all of the latest releases from DCP!
Posted by daniel.3000toys at 9:30 AM No comments:

Go Off-Road with These NEW Jeeps from Maisto!

Summer is in full swing, and it's time to get off-road! We can help you hit the trails with these NEW 1/24 scale Jeep Wranglers that just arrived from Maisto. Take a look!

First Gear just arrived with a new 1/50 scale Peterbilt Model 367! This replica features a black and chrome Model 367 semi pulling a red Tri-Axle Lowboy Trailer. All of the incredible detail that is packed into this model will make it the perfect gift for family, friends, and yourself! 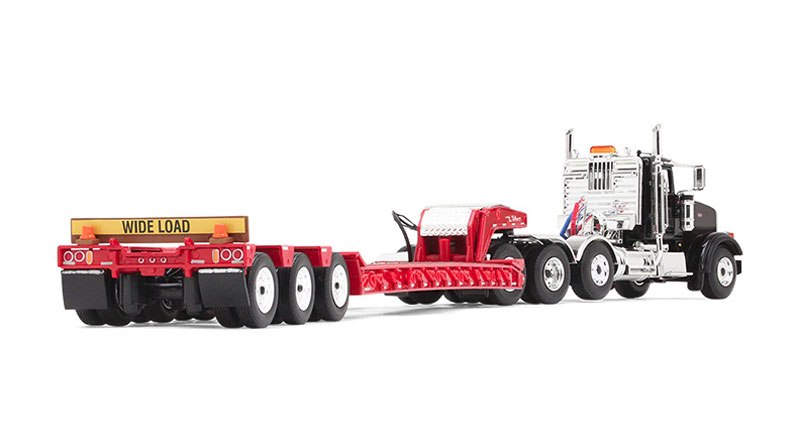 This Peterbilt is perfect for hauling large loads to and from construction sites and so much more!

Visit us at 3000toys.com today to place your orders for this 1/50 scale Peterbilt Model 367 from First Gear!

Need a Stunning Gift for this Fall? This New CAT Model from Diecast Masters is the Answer!

Coming next month is a new Commemorative Series CAT 390F L Hydraulic Tracked Excavator from Diecast Masters. This 1/50 scale model is finished in a special gunmetal gray, giving it a striking appearance.

Other features of this model include:
In addition, this replica comes in Commemorative Series packaging:
Notice the flip-top display package with tone-on-tone graphics treatment - top quality!  Also, it rests on a removable mirror-finish base and has an engravable nameplate included.
This and many other Diecast Masters models are available at 3000toys.com.
Posted by daniel.3000toys at 9:02 AM No comments:

We are excited to announce our newest from Spec-Cast: a Farmall Cub tractor fitted with a planter. Take a look.
The Cub features rubber tires, a steerable front axle, wheel weights all around, and the distinctive 400 style grille and hood.

The planter includes the seed box and fertilizer box in silver as well as a single disc harrow marker to keep your crop rows lined up.

This 1/16 scale beauty is in-stock and ready to ship, so head over to 3000toys.com and order today!
Posted by Unknown at 9:57 AM No comments:

Auto-Lift Release S05 Has Just Rolled in from M2Machines!

We just got in the NEW 1/64 scale Auto-Lift Release S05 - All-Black Special Edition from M2Machines! These models have very limited production runs, and they feature incredible details. Each set has three unique combinations of two glossy black cars on an all-black lift. All of these sleek automobiles have hoods that will open up to allow you to see into the engine compartments.

Visit us at 3000toys.com today to place your orders for this amazing 1/64 scale release from M2Machines!