An incredible NEW addition to the Retro Entertainment series just arrived from Mattel! These models bring the futuristic vehicles from the HALO game to life.

Each replica also includes amazing graphics on the packaging which make it unique. These diecast vehicles are perfect for fans and collectors!

Place your orders for sets or cases at 3000toys.com today and see all of the fun NEW items coming in from Mattel!
Posted by Toy Master at 9:30 AM No comments:

Tons of NEW Models are Coming this Summer from Herpa!

Over eighty new HO scale (1/87) models are coming in June from Herpa. The list includes everything from Porsches and Audis to Volkswagen vans, tractor trailers, and military vehicles. These replicas are constructed of plastic and feature a high level of detail. They’re perfect for any HO scale diorama.

These are only a fraction of the full line-up of models coming from Herpa this Summer. Head over to 3000toys.com to see the rest!
Posted by daniel.3000toys at 9:30 AM No comments:

The name Mercedes brings to mind the idea of luxury and exclusivity. It only makes sense that the latest release in Maisto's Exclusive Collection is a Mercedes AMG GT. This model has just arrived, and we're excited to tell you all about it!

This Mercedes AMG GT features metallic blue paint. The paint job on all Exclusive Collection models have extra paint layers for maximum depth and saturation of color.
This AMG features:


This Maisto replica is in-stock and ready to ship now. Go to 3000toys.com, and order today!
Posted by Unknown at 9:00 AM No comments:

We are very excited to share this NEW Mammoet - Scania R Topline 8x2 with Fassi 1100 Crane and Generator that just came in from WSI! This 1/50 scale replica is packed with incredible detail, both inside and out. It includes extendable outriggers which can be adjusted, as well as a realistic extendable boom! Plus, you can lift your generator into place with ease with the exceptionally detailed Fassi crane. 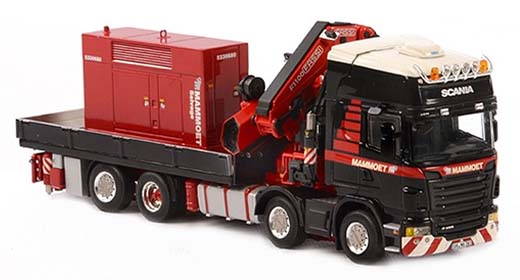 Visit us at 3000toys.com today to place your orders and to see all of the great 1/50 scale models from WSI!
Posted by Toy Master at 9:30 AM No comments:

Ford's "pony car" has undergone a radical rebirth in the last decade, reshaping the legendary Mustang into a form that hearkens back to its classic roots. This year's model is no exception!
Auto World has recreated the 2017 Mustang GT in 1/18 scale, and it's easy to see why...this car is incredible!

This awesome replica features:
With opening doors, hood, and trunk, this car screams for attention from every angle, just like its ancestors did in the 60's and 70's.

The Mustang's interior was designed for racing, but sacrifices nothing in the way of comfort or style. This model has a working steering wheel that actually turns the front wheels, as well as a meticulously detailed cockpit.
The massive 5.0 liter V8 under the hood has more than enough power to outpace the competition. Auto World has recreated the engine compartment of this GT in great detail as well, even including a prop rod to keep the hood up.

These beauties are available for pre-order at 3000toys.com, so come check 'em out!

Universal Hobbies unveiled several NEW items this week, including these two new highly-detailed display models! They are scheduled to arrive in March or April.

First, let's take a look at this Zetor Crystal 12045 Tractor.
This 1/32 scale replica features the 4WD version of this Zetor Crystal tractor. UH did a great job getting the details right on this one; it features accurate graphics, a detailed interior, and even front and rear windshield wipers.

Let's turn our attention to this Deutz D15 Tractor.
This special golden Deutz D15 is a limited edition! Only 1,000 have been produced, so be sure to claim yours right away! It features steerable front wheels, realistic headlights and taillights, and an opening hood.

Visit 3000toys.com and pre-order these beauties from Universal Hobbies today! While you're at it, be sure to browse our excellent selection of farm replicas from Spec-Cast, ERTL, and Wiking!
Posted by Unknown at 9:00 AM No comments:

Street Fighter took the world by storm in 1987 when the first game came out in arcades around the world. Since its early quarter-feeding days, Street Fighter has been a favorite franchise of games, comics, and both animated and live action movies!

Jada Toys is bringing the excitement from the digital realm to a whole new level with four awesome 4-inch Street Fighter METALS figures. They are set to arrive in March or April. Check them out!

Ryu has been the main character throughout the Street Fighter series. He's quite serious about his training and wants to be the best in the world. Jada's adaptation features his signature red gloves and headband.
Chun-Li made her Street Fighter debut in the 1991 title Street Fighter II: The World Warrior and has been one of the most popular characters ever since. In addition to her excellent martial arts techniques, she is also an Interpol officer.
Guile also kicked off his Street Fighter career in Street Fighter II. He's a major in the US Air Force, he's as tough as nails, and he has an undying loyalty to his country.
M. Bison is the main villain of the franchise. His dream is world domination through his international crime syndicate Shadaloo. Both Guile and Chun-Li have personal vendettas against him for his crimes.

These NEW METALS figures from Jada Toys will be here before you know it, so put your pre-order in at 3000toys.com today.
Posted by Unknown at 11:12 AM No comments:

New International Harvester models are always cause for celebration, so let's dig in to all the latest!

Here we have a brand-new Case IH semi-truck hauling a Steiger 520 tractor, made by ERTL. This set is in 1/64 scale and mostly made of plastic, so it's great for dioramas or as a gift for the younger farm toy collectors in your life.

If you're looking for something with a bit more detail, check out this 1/32 scale Case IH Maxxum 145 CVX from Universal Hobbies. Inside and out, every feature of the real machine is replicated here. 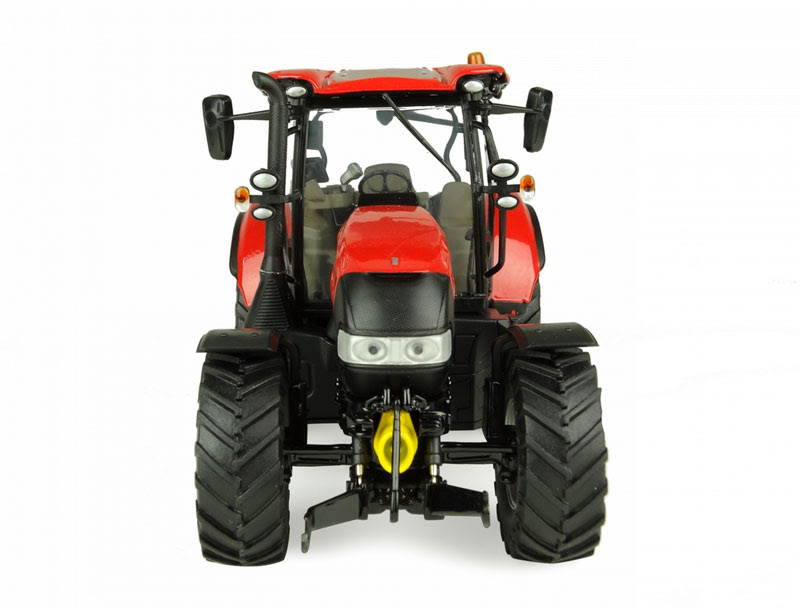 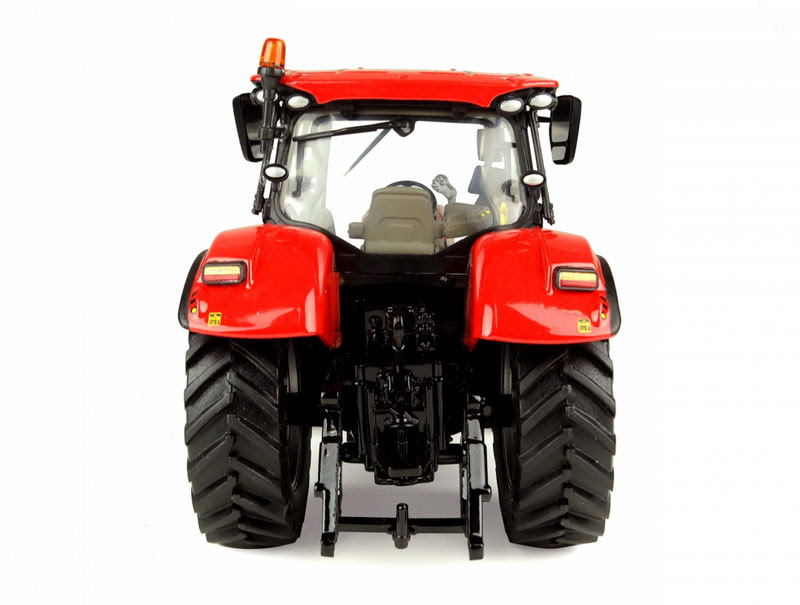 Head to 3000toys.com today to see all the Case IH models that we have available!

We are very excited about all of the NEW Kubota playsets that are coming later this month or early next month from New-Ray! These sets are packed full of fun Kubota equipment that will keep children occupied for hours dreaming up new adventures. You can get them all and mix and match them on the double-sided playmat, or you can create your own layout for all of the great items that come with each playset.
Visit us at 3000toys.com to see all of the new items coming soon from New-Ray, and place your pre-orders today!
Posted by Toy Master at 10:15 AM No comments:

A variety of new 1/50 scale Ford trucks have just come in from Sword!
Two styles are available: Crew cab with 6' bed, and super cab with 8' bed. Several colors are available as well.
All models feature opening doors, hoods and tailgates.


These great diecast metal replicas will look right at home in your 1/50 scale construction diorama. Below are the crew cab models, in case you need the extra leg room.

Head to 3000toys.com to order yours! And remember to check out the other great Sword models we have in stock!

Highway 61 is back, and they're going green; GreenLight that is. GreenLight has just announced the acquisition of Highway 61 Collectibles. This is a deal that has been in the works for almost a year, and it's finally official!

Highway 61 started off as a division of DCP in 2002 and continued to produce high quality diecast models until 2012. Here's a statement from GreenLight President Russell Hughes about their plans for Highway 61:


"We’ll do our best to relaunch Highway 61 with our vault of highly sought-after licenses and will utilize our design creativity to introduce some new concepts that have never been seen in high-end 1:18 scale model car offerings”.

The first round of releases has already been announced. Take a look!
All eight of these newly announced models from Highway 61 are available for pre-order at 3000toys.com right now. So put in your pre-order today!
Posted by Unknown at 8:45 AM No comments: