Fall Into Great Deals with Savings that Leaf the Others Behind!

Autumn is here, which means cooler weather, crisp Fall air, and big savings on diecast. Everything from construction and mining, cars and trucks, farm toys, to pop culture replicas is marked down!

An array of new Kenworth C509 replicas are coming very soon from Drake!

The C509 is the largest Kenworth road truck in Australia and although it looks similar, it is much larger than the previously released T908-909 trucks.

These limited Drake models are sure to sell out, so get your pre-orders in today at 3000toys.com!
Posted by daniel.3000toys at 12:53 PM No comments:

Diecast Masters and ERTL are teaming up to bring CAT machines to life in 1/16 scale!

The CAT 397D2 has segmented PVC tracks that allow it to handle a variety of terrains with ease!

The release of these models is just a couple of weeks out so reserve yours today at 3000toys.com!

Check out the first release in a brand-new series from Round 2: Brands of Texaco!

Brands of Texaco #1 is a 1/34 1939 Studebaker Tanker Truck in a handsome black-on-green paint scheme:
A great first piece for a new collector, as well as a great addition for veterans!

Just in from Greenlight is the Hollywood Series 25 featuring a diverse selection of 1/64 scale models from fan-favorite TV and movies!

This brand-new assortment features six vehicles, each in their own themed packaging, and is available individually or in a 6-piece set. 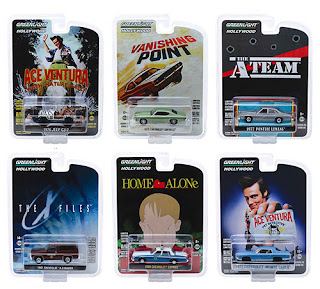 First up is Ace Ventura's zebra-striped 1976 Jeep CJ-7 from When Nature Calls (1995). This model has authentic movie decorations. 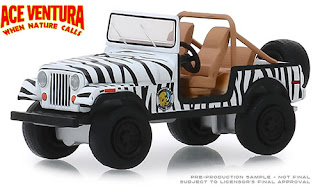 Next we have the 1970 Chevrolet Chevelle from Vanishing Point, driven by Vietnam War hero Kowalski.

All the way from the LA Underground, join the A-Team with this 1977 Pontiac LeMans.

Investigate unexplained phenomena in this replica of the 1981 Chevrolet K-5 Blazer from hit TV show The X-Files.

Rounding out this group, we have Ace Ventura's original movie vehicle, a 1972 Chevrolet Monte Carlo, featuring the baseball bat damage sustained in the opening moments of the film.

Grab this awesome set now, and be sure to check out our other great selections from Greenlight featuring more exciting TV and movie properties at 3000toys.com!

Founded in 1967 as a division of White Motor Company, Western Star exists today as a subsidiary of DaimlerChrysler and is headquartered in Portland, Oregon. These 1/50th scale models will bring Western Star to the ERTL lineup for the very first time. They are sure to please the discerning 1/50th scale truck collector.
Features include:
• Brand-New Tooling
• Authentic Liveries and Badging
• Heavy Diecast Metal Construction
• Rubber Tires on Metal Wheels
• Tilting Dump Bed and Rolling Cover on Dump Truck
• Rotating Drum and Articulating Chute on Mixer

These and other replicas are ready to ship now, so browse our full selection of Western Star trucks from ERTL and Diecast Masters today at 3000toys.com!
Posted by Toy Master at 9:00 AM No comments:

For the 1969 model year, Ford saw a need to offer a performance-oriented variant of its incredibly popular Mustang. The result was the Mach 1, the crown jewel of all Ford Mustangs, coming this year from American Muscle with factory-authentic Aztec Aqua paint!

A matte black hood, spoiler, and window louvers tie front and rear together, with a rocker stripe aiding vertical symmetry. 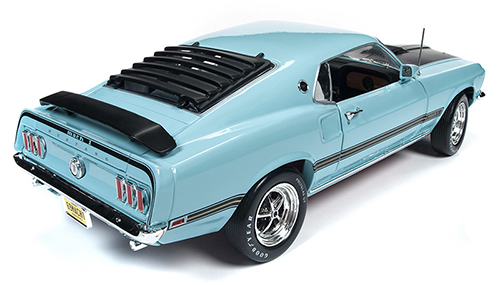 A gorgeous white-on-black interior with simulated teak wood accents make this Mustang just as much of a visual feast from the inside. 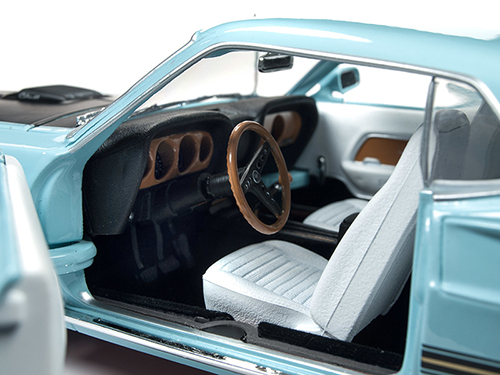 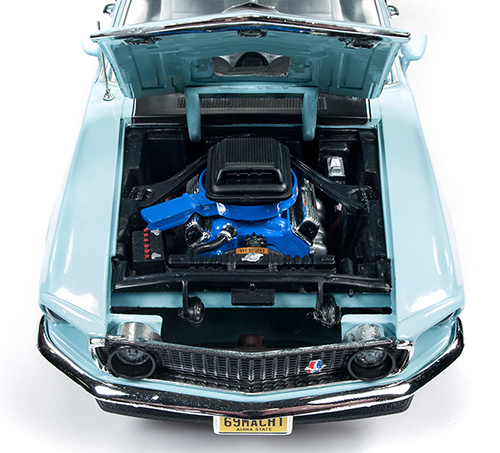