Bring In The 1/64 Scale Harvest With Spec-Cast!

Any 1/64 scale farmer would be proud to bring in his harvest with these great Spec-Cast farm replicas! Take a look at the detail and realism of a few items which arrived recently.

This Gleaner S98 Combine features an adjustable auger for unloading the crop. Plus, the corn head detaches to make transport easier.
Speaking of transport, you'll want to pick up this Unveferth AWS Fieldrunner for all your header transport needs.
What do you do with your crop after it's harvested? Transport it in this Unverferth 325 Gravity Wagon, of course. And if red isn't your color, you can also pick up this grain box in GREEN.
Finally, you'll need a tractor to pull your grain box and header transport. How about this Massey Ferguson 8735 Tractor?

The harvest is coming, and these 1/64 scale implements (along with many others) are in-stock and ready to ship. So come on over to 3000toys.com and place your essential harvest equipment order today.
Posted by Unknown at 2:55 PM 1 comment:

Hitch & Tow Series 8 has just been announced by GreenLight, and the lineup looks great! This new release features a unique mix of 1/64 scale vehicles and trailers which even includes vehicles from Gas Monkey Garage and The Walking Dead. Here is a look at the incredible replicas that are a part of Series 8:
You can also order non-returnable, factory-sealed cases (three 4-piece sets) and master cases (twelve 4-piece sets) which give you the chance to find GreenLight's Ultimate Collector's item: the Green Machine! Visit us at 3000toys.com to place your pre-orders for Hitch & Tow Series 8 today!
Posted by Toy Master at 9:30 AM No comments:

We are celebrating International BAT Night with a two day SALE! You can save 15-40% on select items now through August 28th! 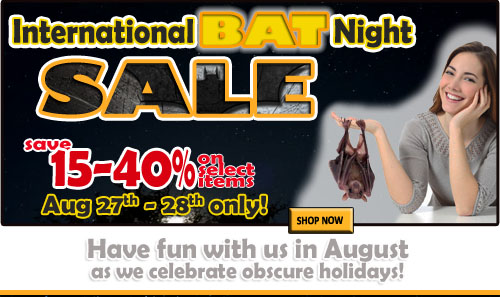 Here are just a few of the BATman-themed models that you'll find on there at amazing prices: 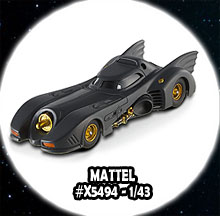 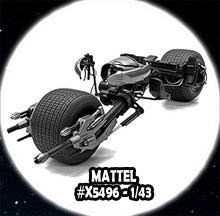 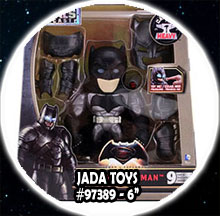 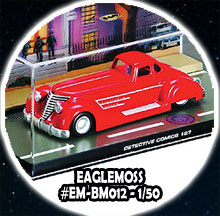 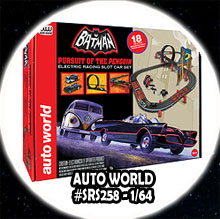 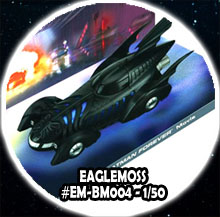 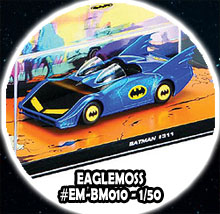 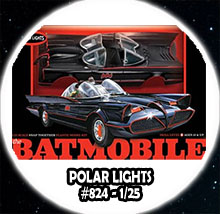 Visit us at 3000toys.com to see all of the fun BATman-themed items that are a part of this two day sale!

If you're anything like us, Diecast Masters' announcements are your favorite kind of news. We aim to please, so here are some models that have just been added to our catalog!

The Caterpillar 320F is a fantastic mid-size excavator, and this 1/50 scale model lives up to that standard.
From the OEM paint and pad-printed graphics to the metal tracks and realistic handrails, this model is the closest you'll get to having the real thing in your living room.
A movable boom, stick, and bucket, and a full 360 degrees of rotation, round out the features of this great replica.
Ask most people what their favorite thing is about having hands, and they'll probably say the thumb. It adds a great amount of versatility to the things humans can accomplish, and the same is true of Caterpillar machines.
With that in mind, this 323F excavator replica comes equipped with a hydraulic thumb, just like the real machine!
This 1/50 scale model is pack with other great details too, from the authentically scaled operator to the painstakingly recreated cab he sits in.

Both of these (and many more) Diecast Masters replicas are available for purchase or pre-order at 3000toys.com. Check back here (and on our Facebook and Twitter pages) often for the latest news about Diecast Masters models, giveaways, product announcements and more!

Today is the LAST DAY for the MEGA SALE, with huge savings up to 80% off!  There are only few hours left, so don't miss out on these amazing deals! 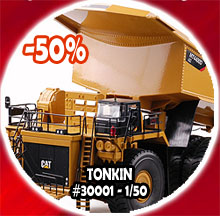 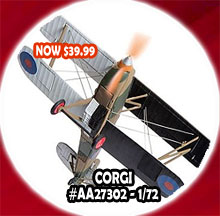 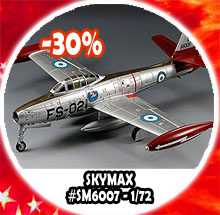 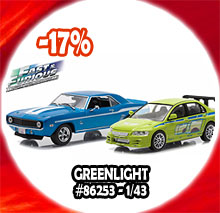 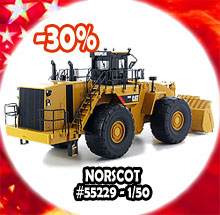 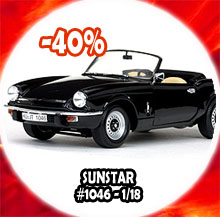 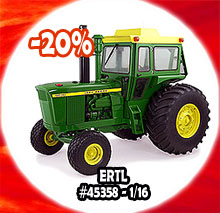 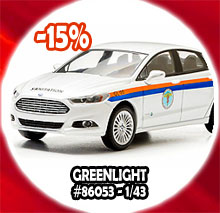 This MEGA SALE is a great time to stock up on gifts for loved ones or expand your own collection! So visit us at 3000toys.com to see all of the 500+ items that are available at incredible prices through tonight.
Posted by Toy Master at 8:00 AM No comments:

Check Out what GreenLight Had to Say About 3000toys.com!

INDIANAPOLIS, IN (August 2016) GreenLight is proud to maintain relations with several outstanding customers that vary from large to small. But regardless of size, the impact that these companies have on the lives of die-cast collectors is incredible. 3000toys.com is another customer that GreenLight has done business with since the two discovered each other at the New York Toy Fair in 2006.
3000toys is an online store offering retail customers die-cast toys and models from the worlds of aviation, construction, agriculture, transportation and more! The business started out their journey small in August of 1995 – literally working out of the basement of Darin Stratton, owner and President. They have always been a web based company and were one of the first, if not the first to offer die-cast collectibles on the internet. Since the beginning, business has continued to grow steadily starting with their first orders that shipped in ‘95. 21 years later, 3000toys now employs 20 people and ships thousands of orders a year out of a 20,000 sq. ft. warehouse space – that’s a lot of die-cast!
3000toys offers various GreenLight product lines including Hobby Exclusives – that can only be found outside of major retail stores. The store has a few upcoming product lines, including H.D. Trucks Series 7, which will arrive around November-December 2016. This series offers:

Lightning might not strike the same place twice, but Johnny Lightning certainly does! Their newest Classic Gold Release, like most of their recent releases, has two sets with the same cars. The difference is the color schemes of the cars. So take a look at both of them and tell us which one is your favorite in the comments section!
Here are the color schemes for the A realease:
• 1978 Dodge Warlock in Gloss Black
• 1980 Datsun 280Z in Red with Silver
• 1967 Oldsmobile Toronado in Crystal Blue
• 1973 Pontiac GTO in Gloss Black
• 1980 Chevrolet Monza in Gloss White
• 1972 Chevrolet Vega Wagon in Metallic Blue
Here's what you get in the B release:
• 1978 Dodge Warlock in Metallic Green
• 1980 Datsun 280Z in Black with Silver
• 1967 Oldsmobile Toronado in Light Gold
• 1973 Pontiac GTO in Orange Metallic
• 1980 Chevrolet Monza in Silver
• 1972 Chevrolet Vega Wagon in Light Blue

These models feature opening hoods so that you can admire the muscle! You simply cannot go wrong with Johnny Lightning! So whether you prefer the A release or the B release, or if (like me) you can't choose between the two, don't hesitate to put your pre-order in at 3000toys.com! Be sure to check out our other great 1/64 scale cars from Auto World, GreenLight, M2Machines, Mattel, Racing Champions, Jada, and Maisto as well.
Posted by Unknown at 9:00 AM No comments:

At 3000toys.com, we love Caterpillar equipment! CAT replicas and toys always catch our attention, whether they’re from Diecast Masters, CCM, Norscot, or Bruder. So we're excited to announce that this NEW CAT Mini Excavator from Bruder is arriving soon!  Bruder toys seek to unleash the creative nature in children (of any age). Plus, they feature heavy-duty durability paired with a good level of detail. See for yourself!
This Mini Excavator comes with a CAT construction worker equipped with a CAT hat. As with virtually every other Bruder model, the cab opens so that the workers can pilot the machine.

You can take your excavation far and wide with the fully articulating arm. The arm also allows you to scoop down far below the tracks, just like the real machine! 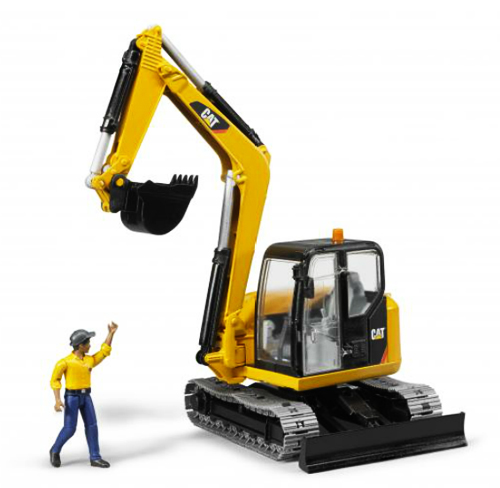 The car body swivels 360 degrees on the chassis to aid in loading up your trusty dump truck. The plow blade also adjusts up and down. 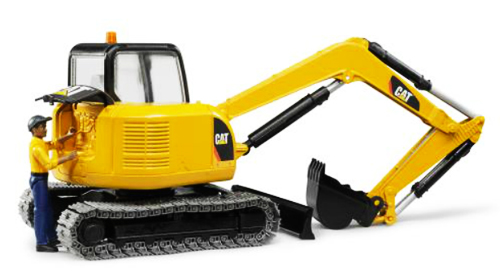 Just in case your CAT needs to be serviced, the rear engine hood opens to allow access to the engine compartment. 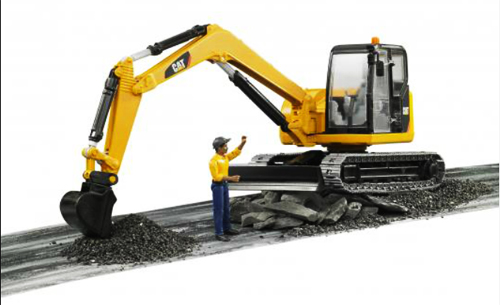 Bruder toys are built tough, so don't be afraid to take it outside and build something!

This Excavator is set to arrive in just a couple of weeks. If you already have enough construction crew members, you can also pick this item up without the operator HERE. Either way, be sure to order yours at 3000toys.com today!
Posted by Unknown at 9:00 AM No comments:

Up to 80% off Farm, Trucks, Construction, Planes, and MORE!

Our MEGA SALE includes over 500 items that are up to 80% off! There are planes, trucks, farm equipment, construction models, and more!

Here's a quick look at just a handful of the amazing items featured in the sale: 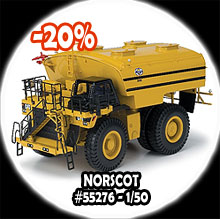 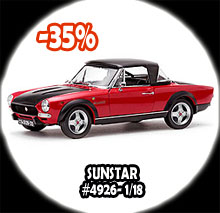 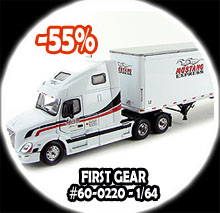 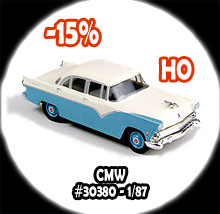 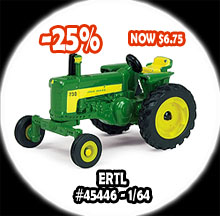 Be sure to take advantage of these incredible prices with our MEGA SALE, going on now through Thursday, August 25th at 3000toys.com!
Posted by Toy Master at 9:00 AM No comments: