Spring is FINALLY Here, and that Means It's Time to Play Outside with Bruder Toys!

We LOVE Spring! When the weather warms up, it's time to head out and play. Today we'd like to share a few pictures sent to us by Allan F. in Canada who's been enjoying spending time outside with the Bruder toys he got from 3000toys.com!


Allan knows how to make the most of the things he has lying around the house...he's built a small town for his B-World figures and trucks! 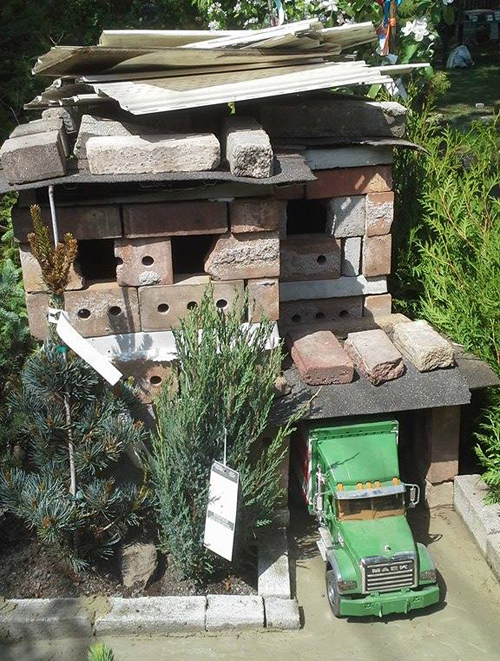 Lots of MACK trucks from Bruder are available HERE! 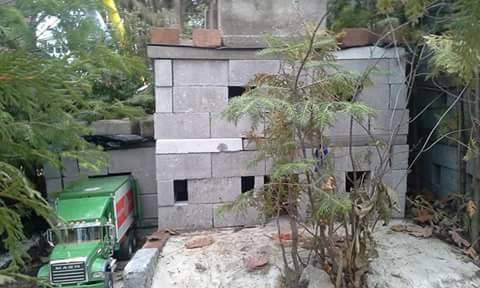 Driving a truck to work is mandatory for all B-World employees! That Land Rover Defender is available over HERE, and a selection of Jeeps are in stock too.

Taking a well-deserved break out on the dock. A full-line of 1/16 scale B-World figures is available too.

When it's time to get dirty and play rough, Bruder toys shine! Built from heavy plastic and designed to take a beating, these models will serve you well for years to come.

Bruder toys are modular which means most of the parts can be replaced, so you don't have to throw away the whole model if something breaks. That's definitely a win for your wallet AND the environment!

If your neck of the woods still has snow, we've got you covered!

Snow sports are fun too, so get out and take advantage before it melts! 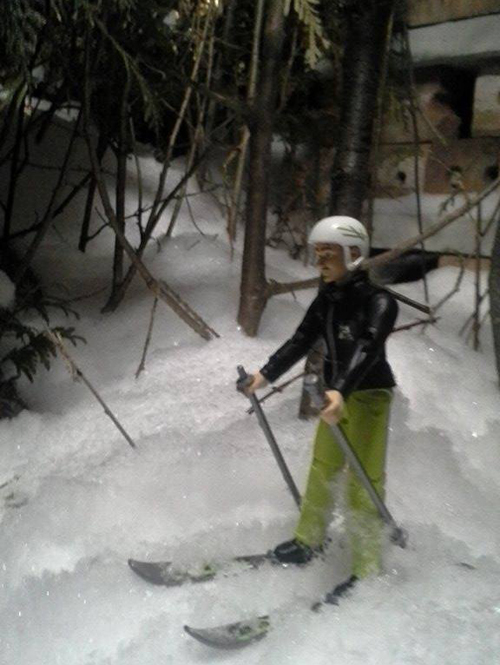 And if you really have to get back to work, you can clear the roads with this Unimog winter service truck.

Bruder toys are fun all year, indoors or out...but as long as the sun is shining, why not enjoy it?

Thanks again to Allan F. for sharing his collection with us! Start your collection, or find that piece you've been missing, at 3000toys.com!
Posted by daniel.3000toys at 9:00 AM No comments:

We have a great NEW set of Silver Screen cars that just arrived from Johnny Lightning! These 1/64 scale muscle cars are sure to call to mind the classic chase scenes that made these machines almost as iconic as their drivers!
Each of the cars in this SET features a diecast metal body and chassis, free-rolling wheels with rubber tires, and opening hoods. 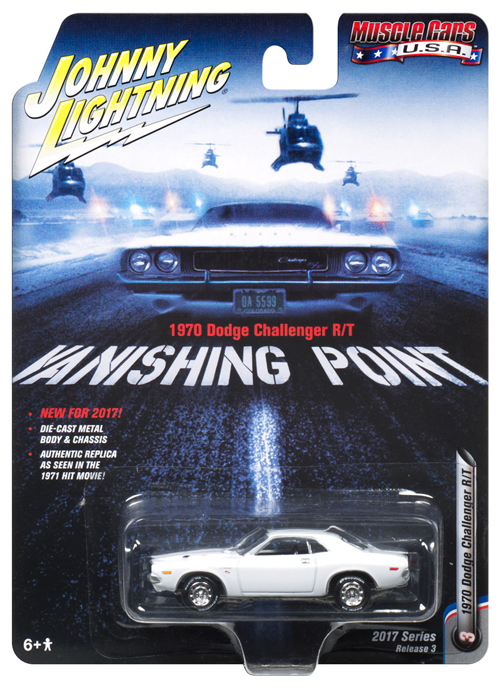 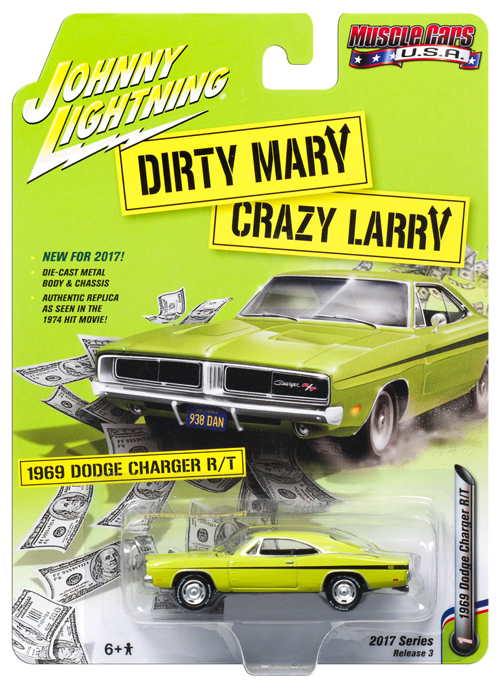 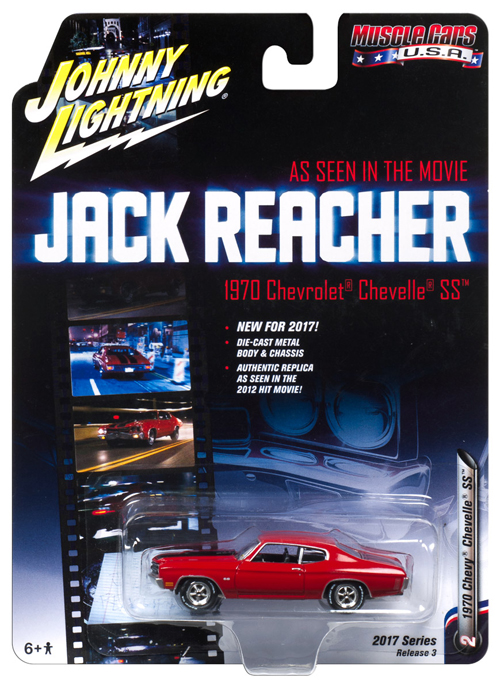 These are in stock and ready to ship, so head over to 3000toys.com and order today!
Posted by Unknown at 8:30 AM 1 comment:

Lots of New Promotex Coming In!

Several new 1/87 scale Promotex items that have just arrived, and more are coming soon! There are lots of fun trucks (including a dump truck with a bed that raises up) and even a school bus. Here are just a few of the incredible HO scale replicas that are available for order or pre-order:

You can use these interesting 1/87 scale models in your dioramas or around your home or office. There is something for each and every one of your transport needs. Visit us at 3000toys.com to see all of the newest items coming from Promotex!
Posted by Toy Master at 9:30 AM No comments:

Vintage 60's Minneapolis-Moline Tractor...Just What Your Diorama has been Missing!

The model is replicated in 1/64 scale and comes in a blister pack.

Whether you're a die-hard Minneapolis-Moline fan, or just looking for something a little different, you'll definitely want to add this beautiful machine to your collection! Get yours today at 3000toys.com!
Posted by daniel.3000toys at 9:30 AM No comments:

Need a new transport solution for your 1/64 scale livestock? Take a look at this NEW DCP release!

This Peterbilt 379 Sleeper is modeled after a Justin Mosser Trucking Show Truck. 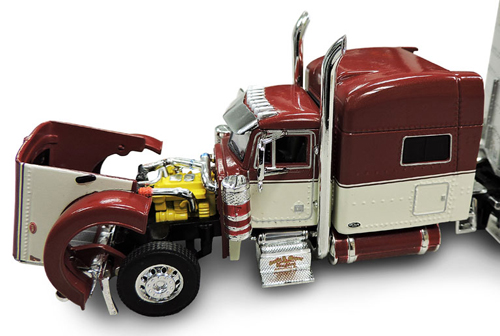 The hood opens to reveal the highly detailed engine. 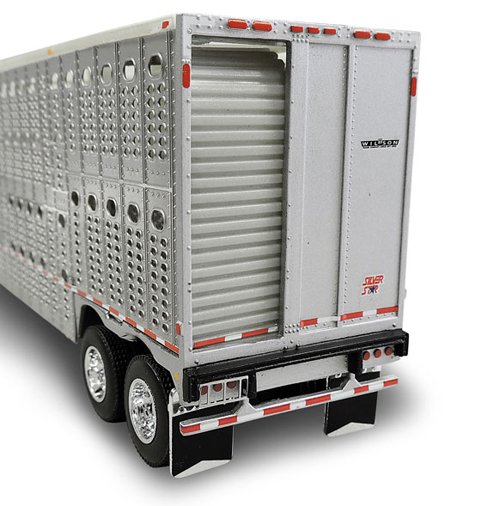 The Wilson livestock trailer has a functioning roll up door.

This model is in-stock and ready to ship, so visit 3000toys.com and order today!
Posted by Unknown at 9:00 AM No comments:

We are excited to share the newest release in the GreenLight 1/64 scale Hollywood Series! The Series 16 lineup features popular iconic automobiles from television shows like MacGyver, Blue Bloods, and The Andy Griffith Show. These incredible models are set to arrive this May or June, and we know that you will love them!

Whether you want cases, master cases, or specific cars, we can help you at 3000toys.com! Place your pre-orders today for these and other 1/64 scale GreenLight models to make sure you get to add them to your collection!

Being a fan of the post-apocalyptic drama The Walking Dead (TV series, 2010-Current) isn't always easy. The lessons that we learn alongside Rick and his group are hard-fought, and sometimes we lose friends along the way.

To help you cope, we've got some new 1/21 scale collectible figures from Eaglemoss, each celebrating a character we know and love (or love to hate).

First is Glenn Rhee. Glenn was an integral
part of Rick's group from Season 1, known for
his courage, loyalty, and quick thinking.

Abraham Ford joined up with the survivors
a few years later, but quickly became
one of the family. Always reliable and
quick with the jokes, Abraham was the kind
of guy you would want on your side.


Tyreese was a tenacious, fiercely-loyal
friend with leadership skills of his own.
His struggle to maintain his humanity
even in incredibly desperate situations
was a hallmark of his character.


Herschel Greene was the most genuinely kind
person Rick's group ever encountered. His
character was revealed when he selflessly performed
emergency surgery to save Rick's son, Carl.

These and many other figures commemorating your favorite characters from The Walking Dead are available now at 3000toys.com!
Posted by daniel.3000toys at 9:30 AM No comments:

We just received a NEW item from Bburago's Signature Series. This series features the best models that Bburago has to offer, so we are very excited to show off this new Ferrari!

This Ferrari California T has a dark red paint scheme that takes full advantage of the extra paint layers with which Bburago treats their Signature Series models.

This beautiful model is in stock and ready to roll, so head over to 3000toys.com and order today!
Posted by Unknown at 4:58 PM No comments:

TODAY is the LAST DAY to take advantage of our Inventory Reduction Sale! 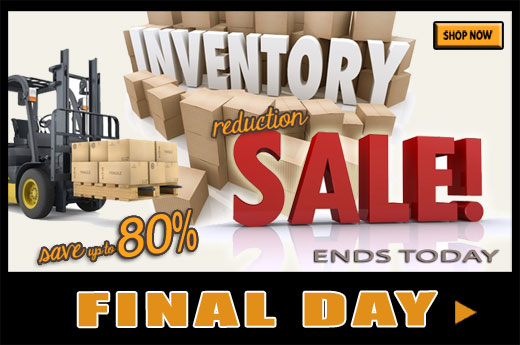 Visit us at 3000toys.com to see all of the incredible deals, and get your orders in before it is too late!

Posted by Toy Master at 8:30 AM No comments:

NEW Low Loader Trailers Have Just Rolled in from Drake!

We have a great selection of new Drake 1/50 scale 2x8 Dolly and 7x8 Steerable Low Loader Trailers that have just arrived! You can get just the trailer, just the accessories, or both in three distinct color combinations:
Functions and Features:

Visit us at 3000toys.com to see all of the great trailers and accessories from Drake Collectibles!
Posted by Toy Master at 9:30 AM 1 comment:

Who Needs a Sleeper Cab? Sleep Sitting Up with These NEW Tractors from Promotex!

For Kenworth fans and operators, we have a great W900 Day Cab Short. This model will be available in red and white.


If a Peterbilt is more your speed, two new Petes are rolling out soon. Both orange and white models will be available.


For those of you looking for something a little different, check out these tractors from Pacific. In case you didn't know, Pacific was a small heavy-duty on- and off-highway truck manufacturer based in Canada from 1947 until 1991. This tractor comes in both red and white.

All of these trucks feature plastic construction and high levels of detail. They are perfect for an HO scale diorama, and they make great gifts for the driver in your life!

Pre-order these and many more Promotex models at 3000toys.com!

Our Inventory Reduction Sale is a great chance to get incredible items at amazing prices!

Save up to 80% on models from manufacturers like the ones below: 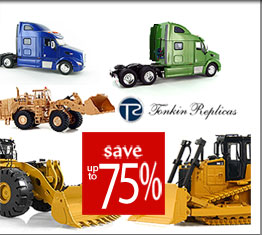 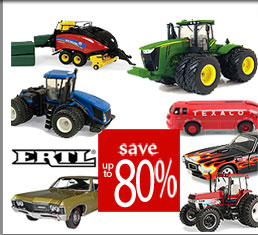 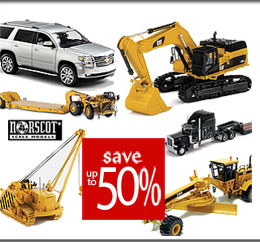 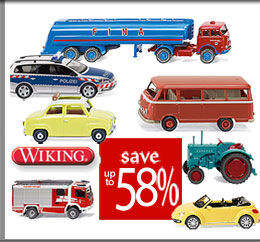 Visit us at 3000toys.com to take advantage of these deals before they are gone!